In the event of the 30th anniversary for the very first edition of Championship Manager, we’re celebrating the 1992/93 season with a brand new Football Manager throwback database from the lab of TheMadScientist.

The 1992-93 season was the inaugural season of the English Premier League, second season of the Champions League, and there where still a competition named the Cup Winners Cup. Besides that some of the greatest legends of all time, roamed the football world at this time.

After providing the Community with the magnificent 2001-02 retro database for FM21, TheMadScientist is back with another Football Manager database for FM22. This time you’ll be able to head back to the time where Teddy Sheringham, Roberto Baggio, Eric Cantona and Diego Maradona were all in their prime!

The 1992-93 season is deeply rooted in my heart! As Cristiano Ronaldo and Bruno Fernandes have become childhood heros for kids growing up in the last 10 years, the beginning of the 90s were the time where I got my heros.

Now you got the opportunity to change or re-live football history. Head back to the legendary 1992-93 season with TheMadScientist’s Football Manager 2022 throwback database. Download the 1992-93 database below and get the unique chance to manage your favorite football legends, or perhaps you’ll get some new favorite players!

Behind the Scenes | Watch our Interview With TheMadScientist in this weeks FMFocus episode!

In preparations for the release of the 1992-93 database, our partner Custard Prophet got the chance to sit down with TheMadScientist to talk about the work going into creating such a throwback database and give you further knowledge about the process. In the interview, MadScientist will even share his recommended challenge to conduct when starting your first save in the 92/93 db.

You can watch the interview below.

Everything in this FM22 database, has been reverted back to 1992. All the leagues are as they where back in 1992, with all the teams and players from back then. The player attributes is copied manually from various of editions of Championship Manager. So now you have the chance to manage all the legends from the early 90s, in the modern Football Manager match engine.

To get the full experience please read the instructions below.

To give you a feel of how the footballing world looked like back then, let’s look at what happened in the 1992-1993 season so you can feel the nostalgia!

NB! MAKE SURE TO CHOOSE THE FOOTBALL MANAGER 2022 DEFAULT 22.1.1. DATABASE WHEN SETTING UP A NEW CAREER. IF YOU CHOOSE A FM DATABASE WITH AN UPDATE, IT WILL CONFLICT WITH THE 92/93 DB.

Experience the 1992/93 season in Football Manager 2022. Get this throwback database that replicates 92/93 season in FM22 with the real players from 7 playable leagues as they finished in the summer of 1992.

To enhance the realism of MadScientist’s 1992-93 database, a few Community members have come together to create graphics that goes along it. Thanks to AJW who have created the facepack and Rock’s End FM who have created the logopack, you can get another depth to your Football Manager 2022 1992/93 save. 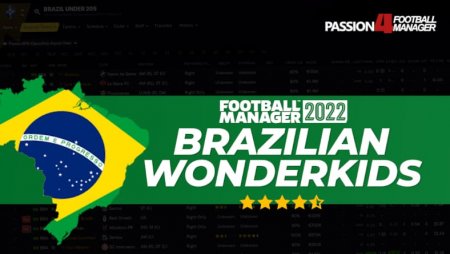