Well, wait no more. I have released my FM21 database that turns the United States into a football pyramid that mimics most of the European league systems. I have created a 10 tier, promotion/relegation pyramid that gives the United States some fun teams to play within a pyramid system. In addition to the new database, I have also added custom league logos as well as a second database to expand the current CONCACAF Champions League from 16 to 96 teams.

How Does It Work?

I have removed all current USA leagues including the MLS, USL, and all others, and rebuilt the American football league system from scratch. There are 10 tiers with 651 teams that already exist. I know in the USA there are a lot of affiliates and B teams and I debated for a while on how to handle these. Currently, in the United States, the affiliate and B teams live in the lower leagues so I wanted to still maintain those relationships. 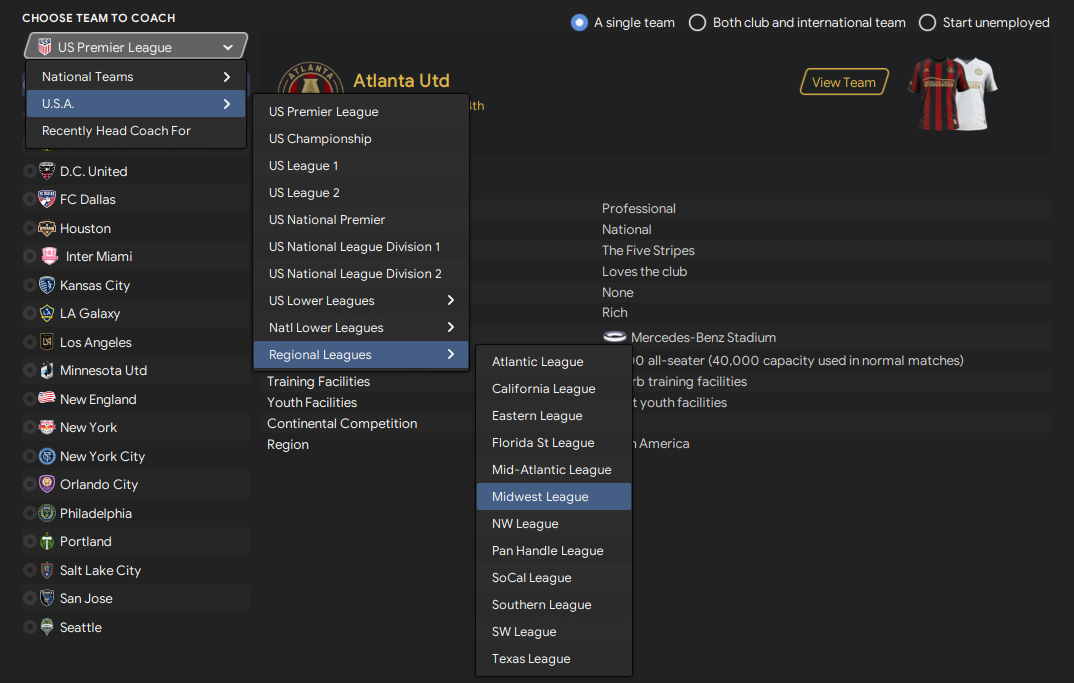 There are also 4 cup tournaments:

***NOTE: It is recommended that you select “Add players to playable teams” from the Advanced Options box when selecting your leagues.***

I have also put together a custom league logo pack and while they aren’t necessary to play the game, I feel like they give an extra realism that the default league logos don’t provide.

I have added my Scotiabank CONCACAF Champions League file to expand the current competition to more mimic the European version. It’s not required to use my USA Pro/Rel database but I feel it makes for better gameplay.

Thanks to FMDigi for giving us the opportunity and permission to publish this file on Passion4FM.com. For any support or questions, please contact the creator on his social media:

I play Football Manager and sometimes well. Aspiring FM database editor. I live in United States and enjoy bringing my vision of American Soccer (err Football) to the world.