Ideally, the diamond formation provides a solid platform through the center of the field. The staggered diamond in the midfield allows the team to keep possession of the ball with intelligent player movement and good short passing. The whole formation thrives off of mobility, vertical movement and physical prowess. That really sounds like a lot of the concepts I mentioned in earlier articles.

The formation is rather plain and simple. Nothing too fancy, basically a hybrid between my earlier box tactic1 and my strikerless formations2, with a striker added to the mix to form, as mentioned earlier, a sort of elongated midfield diamond.

Even the formation is merely similar to the Strikerless Sexy Football tactic I created. One of the Shadow Strikers is replaced by a False Nine, who tends to drop back to form the same forward three AMC-bank you have all grown to love/loathe (depending on your view of strikerless in terms of exploiting the Match Engine). It really is a simple formation, consisting of a conventional flat back four, a holding midfielder/playmaker guarded by two shuttling midfielders, one traditional box-to-box player and one Central Winger. Both central midfielders play behind an Enganche / Shadow Striker combination in attacking midfield. The Enganche is the creative player who operates at the tip of the diamond designed to supply the ammunition to the two offensive players. The Shadow Striker runs from deep, whereas the False Nine makes space by dropping in and out of the box to be on the receiving end of through balls.

In-game, the midfield five creates a numerical advantage against almost every other formation, but sacrificing width makes the full-backs’ job very, very important. They are responsible for stretching the opposing team’s defence. The premiss of stretching a defence is as easy as it is effective. By stretching the defensive line, by drawing defenders out wide, you are creating gaps between the lines, causing unrest and undermining the cohesion and organization of the defenders. This can manifest itself in two different ways.

That’s basically the first way. Opponents have realized my team is better and they retreat on the edge of their own box, forming a compact, tight defence, but effectively ceding their flanks. The wing-backs are allowed space to roam and penetrate, before crossing the ball into the box. With so many runners, there is always someone willing and able to run onto a cross.

We can clearly see that the opposing team has retreated to form a narrow defensive line, sitting almost inside their own penalty box. With an abundance of central players, none of the opposing midfielders are really free to pick up the wing-backs as they make their runs down the flanks, which allows them time on the ball to whip it into the box and onto the head or into the feet of onrushing players.

In the second case, the defenders do try to combat the wide threat, which means the defensive line is stretched wide. This opens space between the individual defenders for other players to run into. With so many central players available, there is always a player available to make a run into the space between the lines.

Tiki taka and its derivent styles have become more and more important in modern football, with many sides opting to strangle the life out of an opposing side by denying them the ball. Regardless of whether or not you agree with the aesthetic, moral and philosophic consequences of this development, one simply cannot deny there has been a greater emphasis on possession football in the world, controlling the game through having the ball has become increasingly important over the past decade.

The characteristics of the players that make up this modern midfield are the main reason behind the success of this elongated diamond formation. The first player to contribute is the defensive midfielder. In a conventional midfield, the holding player was typically the destroyer, a physical player focused on doing the team’s dirty work, breaking up the opposing team’s attack before playing the simple pass in order to remain in possession of the ball. Claude Makélélé is the perfect example of this kind of player. However, in recent years, the presence of this kind of player has begun to dwindle and there has been a tendency among teams to deploy a classier player there, a player whose main attribute is their ability to initiate an attack.

These kind of players are often not the most suited to perform the defensive side of the role, and therefore they need support from their surrounding midfield players to ensure their limitations are not exploited, and while playing two midfielders ahead of them can be effective as is the case in a 4-3-3, the extra men in the centre provided with the diamond gives the team that extra bit of manpower in the middle that will always be beneficial.

When in possession, the four players ahead of the holding midfielder occupy the opposing midfielders, creating angles for them to move the ball up the pitch while also creating the necessary space that enables them to dictate the tempo of the game. Once possession is lost then it is up to them to assist in dropping deep and provide extra defensive cover to accommodate for the holding player’s deficiencies. The diamond is the best way to maximize the effects of playing a playmaker in defensive midfield.

The shuttling midfielders, be it a Central Winger or a Box-to-box midfielder, are positions designated for the more energetic players, but in the modern game these players are now even fitter and it is their responsibility to use this physical capability to cover an enormous amount of ground. It is their duty to be mobile enough to ensure that the team is never lacking in numbers on the pitch, acting out the role of the central midfielder in protecting the holding midfielder and making penetrative runs through the centre, as well as playing the role of a winger as they occupy space wide when the situation arises.

In the attacking midfield area, we can find an Enganche, who is supposed to provide a creative spark. He is paired up with a Shadow Striker, who is making the runs to get on the end of the passes. The Shadow Striker’s interaction with the False Nine is truly a thing of beauty, as the two set up one-two’s all the time and one drops deep as the other surges forward.

The interaction in the front area

As I mentioned in the previous paragraph, the interaction between the front players is truly a thing of beauty. The best way to illustrate my point is by showing you and then breaking down the move in a number of screenshots.

This is a typical attack, fast and fluid football over many positions, with players regularly switching positions, covering each others runs, dropping deep or moving wide to create space. I know it can be complicated to see this from a single match clip, so let me break it down in several images.

You can see that the False Nine has moved wide in an effort to make himself available for a long pass. The pass doesn’t arrive, but the effort is clear. The defenders seem unclear who is supposed to pick up the movement from the False Nine, as he appears to be quite open. There are two defenders near him, but he’s obviously not being man-marked, as he seems to have enough space to potentially control the ball. The other two players highlighted are the Enganche and the Shadow Striker.

A few seconds later and the setup of a new attack becomes visible. The False Nine is still wide, far away from where he is expected to be. The Enganche is moving forward, currently occupying the same space as the False Nine. The Shadow Striker has no space to run into and remains static. The fourth player I have chosen to highlight is the Central Winger, who is making a run from deep and is almost our most advanced player.

The next screen shows that we have a front three, consisting of the Central Winger, the False Nine and the Enganche. The Shadow Striker is now playing in the hole between midfield and attack. With no actual space, there is no need for him to take up an advanced position right now.

In the next situation we can see that the Enganche suddenly drops back, into space to receive a pass from one of the midfielders. On the outside, we can see the wing-back moving forward. This means the opposing left wing-back is drawn wide and there is space between the defenders. The Central Winger is also still forward, forming a striker-partnership with the False Nine, who has now taken up his more traditional position on the pitch. The Shadow Striker is still lurking in midfield.

The Enganche flicks the ball back for the Shadow Striker. He was still lurking in midfield and has the time on the ball to set up the attack. There are plenty of players in front of him to pass to. The False Nine and the Central Winger are central passing options, the right wing-back has taken up a position on the side, still stretching the defence. The Enganche could potentially move into the space between the central defender and the left wing-back.

The False Nine receives the ball with his back towards the goal. He does have several passing options available to him. He will eventually opt for the pass towards the left wing-back, who is not shown on the screenshot.

In this stage of the attack, we are using an actual forward four, as the Central Winger is still taking up an advanced position. The left wing-back will have to look for a forward pass, but there are plenty of options available. Both the False Nine and the Shadow Striker have made a run from deep to link up with the Enganche and the Central Winger.

I apologize for the messy screenshot, but let me elaborate. The Central Winger, Pires-Rodrigues, has dropped deep to receive the ball played in by the left wing-back. The Central Winger passes the ball towards the False Nine, who will cut the ball through the defensive line. Our left wing-back meanwhile is making a forward run into space to get on the end of that through-ball.

Normally, the left wing-back will swing the ball into the box or look for a short pass towards one of the four(!!!) available players inside the box. This time, the wing-back is tripped by an opponent, who gets booked because of this foul, but it does show the style of play and the lovely, fluid interactions between the forward players. Add to this the fact that the box-to-box player is often hovering near the edge of the box and you can see how this tactic works.

As with any formation in football, there are obvious weaknesses to be found in the diamond, but even its flaws are becoming less of a problem in the modern game. The most obvious one is that by playing such a narrow midfield, it leaves huge gaps on the wings and teams can become predictable in that they continue to build attacks through the centre of the pitch, unable to mix it up by playing it to the wings and getting crosses into the box.

However, the modern day full-back has a duty to be cavalier in his marauding runs forward and this enables them to get into threatening positions high up the pitch where they can create goalscoring opportunities. With the full-backs playing high up the pitch, they will naturally leave gaps at some point and without a winger operating ahead of them this part of the pitch is exposed. 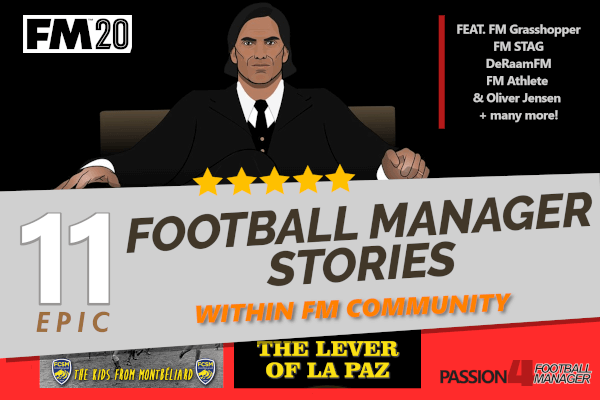