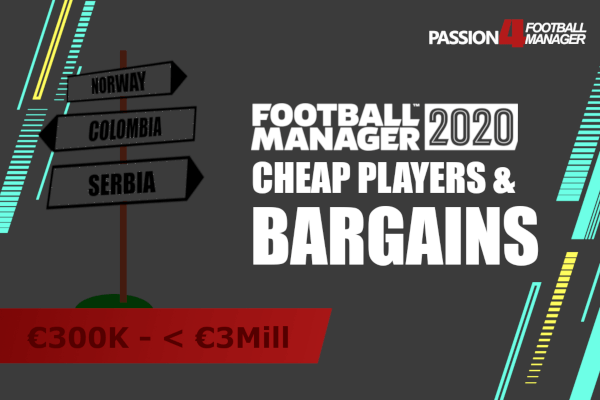 Find the best Bargains in Football Manager 2020; Sorted from Under €1Mill to €3Mill

This list of best FM20 bargains is a perfect companion when you’re managing in the second division of any of the top 5 leagues or your at a club with a minimum transfer budget, but wants to improve your current squad with some great players, who can take the club to the next level and hunt for promotion.

The Football Manager 2020 bargains list is your source to find cheap players outside the best leagues and go bargain hunting in South America, Eastern Europe and Scandinavia.

Discover some of the best Football Manager 2020 bargains as our scout Swaeninho gives you the best cheap players to buy in FM20.

With a one year hiatus, our Football Manager best bargains returns thanks to the work of Passion4FM scout, Swaeninho.
Here we have sorted a range of FM20 bargains with an estimated cost from under €1Mill to €3Mill and added them into three different tables, all with it’s individual shortlist to download. Swaeninho’s personal shortlist featuring the best bargains under €300K is included within the list of bargains under €1Mill, but will be available as an unique shortlist.

This shortlist of under €300K players is made for small clubs with a tiny transfer budget giving them a chance to grow and make the club bigger at a small cost. So, this shortlist is not really made for big clubs, but may be useful for clubs within the English Championship, League One, Bundesliga 2, Ligue 2 or any division outside the top 5 leagues.

When compiling this list of bargains we’ve went outside the biggest leagues in the world focusing on players based in Eastern Europe, Scandinavia and South and Central America. Nations that will shine through within this list are Norway, Serbia, Colombia, Argentina, Brazil, Croatia and Peru.

As mentioned above, there will be three different lists: <€1Mill (including <€300K) and <€3Mill - all with an available shortlist to download. The last lists features players with the ability or the potential to be a regular starter, an impact sub or a great breakthrough player for the top sides.

When viewing this list of cheap players, you might discover that some players might cost more in one save than another or that the estimated cost will be minimum €3Mill and maximum €6Mill. To get the players at the minimum asking price we recommend you to use every trick in the book to lure him away, or approach them in the first transfer window as the prices may rise quickly as other clubs may submit transfer offers early on, they agree on contract renewals or their potential varies from save to save, meaning the value will be higher.

Featured in this list, you’ll find a number of great bargain talent, who are available for under €300K if you swoop them up early on. As always, we’ll just show you a summary of what’s the shortlists contains. The star rating is an subjective rating of a player’s current ability, attributes and skills, personality and potential ability (Under-23) combined.

A megapack of shortlists containing the Football Manager 2020 bargains available from under €300K to €3Mill. Also includes a not released wonderkids and talents bargain shortlist. 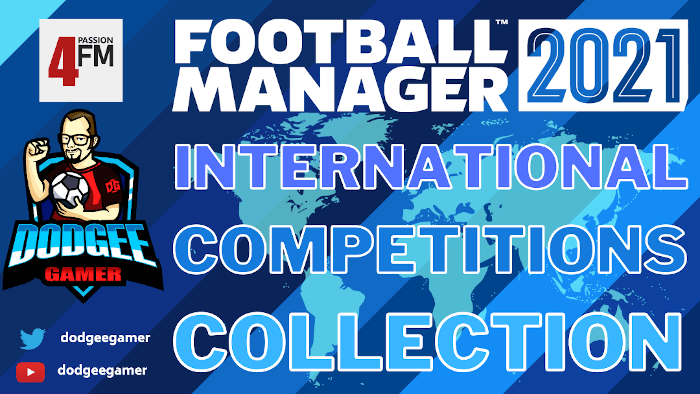