In order to help you spot some of the best young talents in Scandinavia VivaLaVidaFM has taken a closer look at the top 10 youngsters and promising talents from Norway, Sweden and Denmark. Together with a brief overview of the player, he’ll be discussing some of their pros and cons handing you a short player review of the top 10 Scandinavian talents to watch.

This article will feature some of the better known wonderkids, like Kasper Dolberg and Martin Odegaard, but will also features some of the lesser known youngsters from the Nordic region.

In addition to the most promising Scandinavian talents in Football Manager 2018 Passion4FM has compiled a massive shortlist of the best talents of Scandinavia, which you can download below.

Kristoffer Ajer spent last season out on loan at Kilmarnock and will be hoping that his first-team experience there will have earned him the chance of a regular spot in Celtic’s first-XI. At 19 years of age he still has time to reach his potential, but must be afforded first team football if he is to do so.

The versatile youngster is natural in central defence and midfield and so offers added depth to your squad.

How would you use Ajer if he was in your team?

Dejan Kulusevski looks set to be more of an attacking midfielder rather than a defensive one. He is natural in the mezzala role, a role new to FM18, and has some really good physical attributes for his age. Like all youngsters, Kulusevski would benefit from first-team football over the coming season.

What is a ‘mezzala’ and what does it do? Here is a guide that explains four of the new Football Manager 2018 player roles, including the mezzala.

Young Edvard Tagseth is a Liverpool hot prospect who prefers to play as a deep-lying playmaker in central midfield. The Norwegian would benefit hugely from some tutoring, though with several other youth prospects hoping to benefit from some tutelage he may well miss out.

With his strength and positioning being as low as they are, perhaps Tagseth would be most suited to an attacking midfield role, rather than a defensive one. He’ll need a remarkable improvement on his physicals though, with only 3 in strength, but at 16 he does have age on his side.

Nikolas Nartey is so very well-rounded already and he’s only 17 years old. He could be moulded into either a defensive-minded player or an attacking one, but would suit being more offensive due to his excellent passing and technique.

As you can see below, Nartey has no real weaknesses to speak of. He is slightly weaker defensively and therefore could be trained to improve this. Either that or you could focus on his strengths and make him an even better attacking threat. You choose!

Tobias Svendsen is a very exciting youth prospect from Norway. At 17, he already has a couple of attributes that stand out; his 15’s in first touch, dribbling and flair highlight how creative Svendsen could be. The young wingers driven personality will only aid his development.

Svendsen’s contract ends in November 2018. Make the most of this and try to sign him on the cheap! With the right guidance and conditions, coupled with a little bit of luck, Svendsen could become a crucial player in most first-team squads around the world.

Victor Jensen is an attacking midfielder who can play naturally in all three of the AM positions. His versatility means that he’d be a good player to have in the first-team squad to provide backup, allowing him minutes where possible to further his progression.

Ajax are known for developing their younger players and so hopefully they will give Jensen a chance in the first-team sooner rather than later. He will need to improve his strength as this is a clear weakness in his game.

Jacob Bruun Larsen is natural on both wings and can also provide decent backup as a full-back or wing-back. He is by no means poor defensively, with 8 in tackling and 7 in marking. The Dortmund youngster will be hoping for first-team football; a loan spell will be the most likely way for him to receive this.

Larsen may be more difficult to acquire as Dortmund are unlikely to want to sell him. If you are Dortmund boss then Larsen is one of your youngsters to keep a hold of and develop. He has a bright future ahead of him.

Martin Odegaard burst onto the footballing scene a couple of years ago. He signed for Real Madrid back in 2015 and is currently on loan at Dutch side Heerenveen. The advanced playmaker has the potential to be a great player on FM18, can you help him become world-class?

I can’t quite believe that Odegaard is earning £84K p/w! He’s only 18! If you are to purchase Odegaard, expect to have to pay him high wages to leave his Real Madrid contract. Perhaps a loan move is the way to go.

Norwegian international Sander Berge, capped for the first time in 2017, is a very exciting prospect on Football Manager 2018. His mental and physical attributes are all 10 or above and his technicals aren’t too bad either. He is equally natural in both the advanced and deep-lying playmaker roles.

Sander Berge will be getting regular football with Genk and should develop well in the first year. With Genk being in the Belgian league, it shouldn’t take too much to prize Berge away from them. He would be a good addition to most top sides across Europe.

Alexander Isak looks like a true wonderkid on this years FM. Already capped by Sweden at only 17, Isak plays for German giants Dortmund. He is a physical striker who stands 190cm tall, meaning that he would be a great player to be able to bring on when chasing a goal late on.

Though his contract expires in 2019, Dortmund are unlikely to want to sell the youngster. If you are to make a move for him then do so at the first opportunity you can. As time goes on Isak will just get better which, in turn, will inflate his transfer value.

Kasper Dolberg is arguably the most recognisable of names in this list of Scandinavian wonderkids. The 19-year-old Danish forward plays for Ajax and was a key member of their first-team squad last season. In FM18 he is a wanted man!

The biggest concern when you look at Dolberg’s coaching report is his susceptibility to injuries. An injury can often have a detrimental effect on a player in their career. For more information on injuries and how you can prevent them, read a post I wrote over on my website: Reducing Injuries on FM18.

A massive shortlist of the most promising Scandinavian talents in Football Manager 2018. Discover over 200 Under-21 talents from Norway, Sweden and Denmark. Here you will definitely find some bargains, a few potential wonderkids of the future and a great deal of young talents with the potential to get called up for their respective national team once developed to their best.

Do you have any recommendations for hot prospects from Scandinavia? Leave them down in the comments! 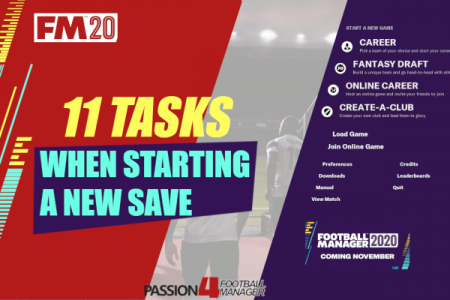