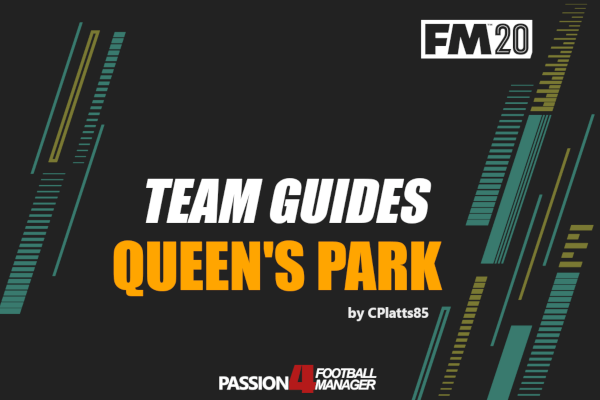 With the motto of ‘To Play for the Sake of Playing’ we head to Glasgow and the western lowlands of Scotland. Continue reading to get the full details about Queen’s Park.

Queen’s Park are the only fully amateur side in the Scottish Football League. Having their most successful period in the club’s history in the Scottish Cup from 1870’s to the turn of the century, winning the trophy on 10 occasions. Spending the majority of its history in the lower leagues while watching other clubs gain professional status and move up the leagues. The club is currently in the bottom division having been relegated in 2018.

The club is looking to youth for the future of the club. Having produced notable youngsters such as Andrew Robertson (Liverpool) in recent years it is easy to see why.

Due to the club’s amateur status the club is not that ambitious in terms of progress. Looking to finish in the top half of the league and decent cup runs to keep the club going.

As the club’s long-term ambition is never higher than a top half finish in the league it could be a good opportunity to become a club legend by getting them promoted. As you progress the need to become professional may become apparent so not to stump future growth.

Joffrey Lidouren is seen as the best player in the squad. The creative attacking midfielder will be key in creating and scoring the goals to push the team up the league. Having spent all his career in the French lower leagues it will be interesting to see how his Gallic flair fairs in the Scottish lower divisions.

Cammy Clark will be looking to emulate past Queens Park player Andrew Robertson. The left back signed from Livingston in the summer and has the potential to become a good player for the club. With him being a speedy full back, he will need to improve his attacking skills to become the all-round full back that his predecessor has become.

Reagan Thomson at the age of 15 he is already looking to become a key figure in the first team. The central midfielder has a good first touch and a burst of speed to get past opposition. With the right management this player will become a key player for years to come.

Queens Park are an anomaly within Scottish football. With Hampden Park as it’s home it really has the potential behind the scenes to become a real force within the league. However, its amateur status seems to be hampering any progress that could be made. With the likes of Andrew Robertson coming from the youth system in recent years, the club could be the perfect long-term project for anyone looking for a club outside the Old Firm.